AIM-North’s most unique feature is its plan to use a highly elliptical orbit (HEO). Angular momentum is conserved in any satellite orbit, so with an elliptical orbit with the Earth at one focus, the satellite moves quickly when close to the Earth and slowly when far from the Earth. Near the farthest point from the Earth known as the apogee, the satellite moves very slowly, dwelling there and enabling quasi-geostationary observations.  With two satellites in HEOs and the proper inclination of their orbits (i=63.435°), quasi-continuous coverage of northern regions can be achieved. The specific HEO for AIM-North is still to be determined, with multiple options and variations available [Trishchenko and Garand, 2011; Trishchenko et al. 2011; Trichtchenko et al. 2014; Garand et al. 2014, Trishchenko et al. 2016]. 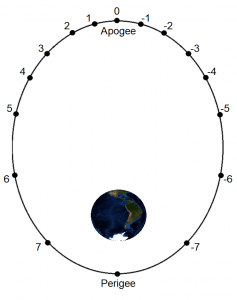 Figure 2. A 16-hour HEO or Three Apogee (TAP) orbit with an eccentricity of 0.50, apogee altitude of ~41,885 km and perigee altitude of ~9709 km. The number of hours relative to apogee for the satellite in orbit is indicated, showing that for over 10 hours of the 16-hour period, the satellite would have a favourable view of the north. 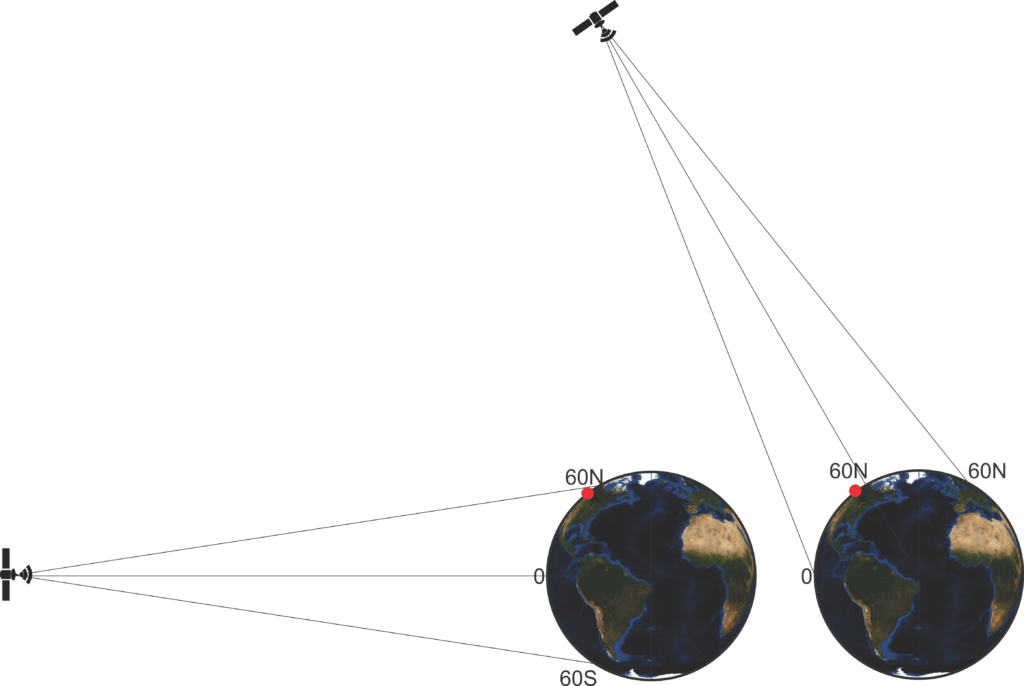 Figure 3. Lines on the figure show the nadir and ±60° latitude from the nadir for GEO and HEO, while the red dot indicates the Alberta oil sands at ~57°N. From GEO, the viewing angle for a point at this latitude is very large and far from vertical, while from a HEO near the critical inclination (i=63.435°), the viewing angle is favourable when the satellite is near apogee. Any longitude offset increases the viewing angle further, compounding the difficulty of high latitude viewing from GEO.